3Fun is a location-based mobile online dating app that is available for iOS and Android devices. It is available in the United States, Netherlands, Brazil, and several other countries, and has approximately 100,000 monthly downloads and two million total downloads. However, the company has a number of security flaws.

3Fun is a dating app for curious singles and couples

3Fun is an online dating application that aims to bring together open-minded singles and couples. It capitalizes on the fun-loving nature of prime singles and partners and has more than 400,000 registered users. It allows users to create couple profiles and share connections and messages.

3Fun is available for iOS and Android devices. To use it, you need to download the app and register your profile information. The app will then analyze your preferences and display profiles of close matches to you. You can also sign in to your account through the web, which is also available for mobile and PC.

Researchers have discovered that 3Fun users are being tracked to specific buildings and locations. This is possible because 3Fun’s app doesn’t encrypt traffic from the app to the server. This means that it can be easily spoofed. However, the app did take action after being alerted of the issue. 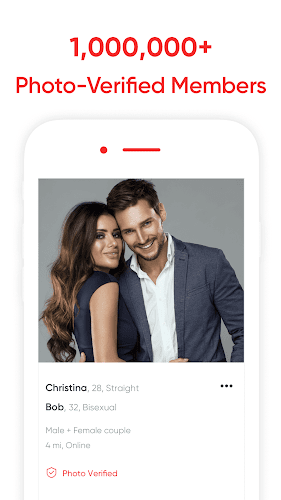 Researchers say that the 3Fun app leaks sensitive data, including user location, profile pictures, sexual preferences, and chat data. This means that ill-intentioned individuals can stalk and threaten users. In addition, 3Fun’s application lets anyone view private photos and profiles of other members. Researchers said that this data makes it easy to track users in real time using the app’s API.

Using pre-signed URLs is a common security measure that 3Fun uses to protect sensitive user information. This measure protects 3Fun’s user data from common web bots and exploits. It also ensures that sensitive APIs are encrypted and user photos are made private by default.

Besides pre-signed URLs, 3Fun also ensures that it uses proper security standards. The updated safety measures and protocols have prevented 3Fun from facing security vulnerabilities discovered by Pen Test Partners in 2019. As a result, 3Fun was able to quickly address these issues and implement additional safety measures. These changes helped the company restore the trust of its users and led to an additional 1 million sign-ups.

3 Reasons You Should Always Have A Second Date Relationships

How to Stop Attracting the Wrong Guys Relationships

No comments to show.